Share a memory
Obituary & Services
Tribute Wall
Read more about the life story of Demetrius and share your memory.

It is with sympathy, the management and staff of Slater's Funeral Home, Inc. announce the passing of Demetrius Hodnett, Milledgeville, Georgia. Mr. Hodnett passed away on Friday, October 21, 2022.

Demetrius was a 2000 graduate of Baldwin High School. He later went on to work several assembly jobs throughout the Middle Ga area. in 2014 he gained employment at Trojan Battery Where he was Hardworking, devoted employee that earned several awards during his time of employment there. His true passion was running his own business, Five Star Shoes and Accessories. It gave him the freedom to do just what he loved to do which was helping people. He often quoted the phrase " Never Give Up" which he lived by daily. His affectionate smile and laugh touched the lives and hearts of anyone he encountered. If he had it and you needed it, he gave with no hesitation. He never met a stranger. He confessed his love for his wife Christy Knight Hodnett on August 24, 2011. He spent years loving her and the children profoundly.

On October 21, 2022, God acknowledged that Demetrius had completed his earthly mission and saw fit to welcome him into the gates of heaven. He whispered sweetly to him in the midnight hour to come home to a mansion already prepared for eternal rest. He was preceded in death by his maternal grandparents Joe Nathan and Frances Smith, His paternal grandfather Rev Lee Curtis Reaves "Pee Papa". Besides his grandparents he was preceded in death by several aunts and uncles.

You may express your condolences in our guestbook.

To send flowers to the family or plant a tree in memory of Demetrius Hodnett, please visit our floral store. 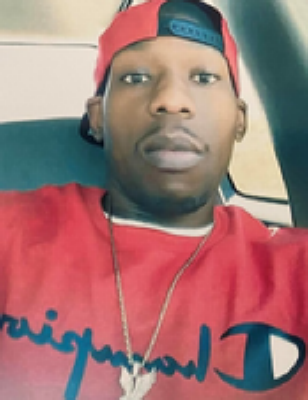