Share a memory
Obituary & Services
Tribute Wall
Read more about the life story of Bettye and share your memory.

It is with sympathy, the management and staff of Slater's Funeral Home, Inc. announce the passing of Mrs. Bettye Jean Densley Cummings, Irwinton, Georgia. Mrs. Cummings passed away on Sunday, January 15, 2023, at her residence.

Funeral services were held on Saturday, January 21, 2023, at 2:00 PM from the County Line Baptist Church, Milledgeville, Georgia. Interment to follow from the church cemetery. She is survived by her children, siblings, other relatives and friends.

Bettye Jean Densley Was born October 19, 1952, in McIntyre, Georgia, to the parentage of the late Joseph Densley, Sr. and the late Izola Simmons Densley. She attended public schools in Wilkinson County. In 1970, she graduated from Calhoun Consolidated High School. At an early age, she realized that one day her earthly Tabernacle would dissolve, and she desired to spend eternity with her Lord. She confessed the Lord Jesus Christ as her personal Savior and joined Parker Springs Baptist Church. She later moved her membership to County Line Baptist Church. She served faithfully as the President and Treasurer of the Senior Choir until her health began to decline. She was also a member of the Pastor's Booster Aide Ministry and the Sons of Wisdom, Daughters of Light Society Lodge #2. She taught the new membership orientation class for adults. She was married to the late David Cummings. To this union was blessed three girls, Erica, Jeanitra “Nicole”, and Lakisha “Kisha”.

She was preceded in death by her parents, Joseph and Izola. Densley, Sr., two sisters, Eula Bell Smith, and Mary Myrick, and one brother, Willie Densley, Sr.

She worked at Cherokee Mills for a short time and later became employed at Central State Hospital, where she retired on December 1, 1998, after 23 years of dedicated service.

To send flowers to the family or plant a tree in memory of Bettye Jean (Densley) Cummings, please visit our floral store. 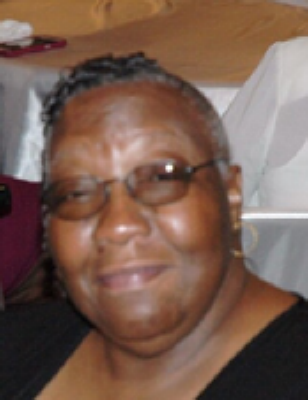