Share a memory
Obituary & Services
Tribute Wall
Read more about the life story of Benjamin and share your memory.

It is with sympathy, the management and staff of Slater's Funeral Home, Inc. announce the passing of Mr. Benjamin Hagans, Tennille Georgia. Mr. Hagans passed away on Tuesday, January 17, 2023 at the local hospital.

Funeral services were held on Tuesday, January 24, 2023 at 1:00PM from the St. James Christian Fellowship Church, Tennille, Georgia. The body will lie in state from 11:00AM until the hour of the service. Interment will follow in the Georgia Grove Baptist Church Cemetery, Tennille, Georgia.

On Tuesday, January 17, 2023, God whispered to our beloved Benjamin T. Hagans “Job well done son, it's time to come home!” “Ben” as he was affectionately known, was born on September 4, 1962, in Washington County to the parentage of the late Mr. Theodis Hagans and Mrs. Emma D. Jenkins.

Ben was preceded in death by his siblings: Ms. Janice Hagans and Mr. Theodis Hagans, Jr.

Ben attended the Washington County School system. Ben had a strong passion for fishing, working and scraping along with eating. He also loved barbecue. He was. known as a jack of all trades, fixing any and everything he put his hands on. Ben enjoyed listening to music, dancing, and being around his family, especially his two favorite people, “Tracey and Pop!”Ben was employed with the Department of Transportation for 7 plus years.

One of his favorite sayings was “LOVE YOU!”, he said it and meant it! Ben was well known around the community; he didn’t meet any strangers. He had nicknames for all of his nieces and nephews and that's what he called them. Ben was a loving father, brother, uncle, cousin, and friend.

To send flowers to the family or plant a tree in memory of Benjamin Hagans, please visit our floral store.

Video is available for this event 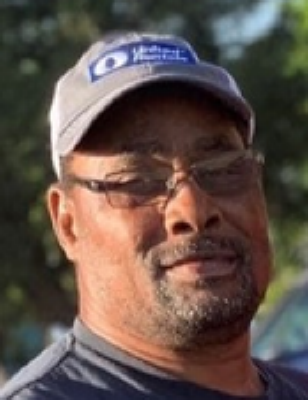