Share a memory
Obituary & Services
Tribute Wall
Read more about the life story of Alma and share your memory.

It is with sympathy, the management and staff of Slater's Funeral Home, Inc. announce the passing of Mrs. Alma Speights, Milledgeville, Georgia. Mrs. Speights passed away on Friday, January 13, 2023, at the local hospital.

Alma Evans was born on February 20, 1934, in Milledgeville, Baldwin County, Georgia. Her parents were the late Mr. Johnny Evans and the late Mrs. Hattie Taylor Evans. She was the fourth child of seven siblings.

Alma's ancestors settled in the Black Creek Community where they live for many years. The Taylor and Jackson families were among the founders of the Second Macedonia Baptist Church, established 1867. This being Alma's birthright, she joined the family church at an early age. She gained many life lessons from the strong and thriving community. Lessons that prepared Alma to meet the day-to-day challenges of life. Her character was formed early in her development and defined her throughout her lifespan as a quiet, observant, kind, and a private person.

Alma's education began in the Baldwin County Public School system, where it culminated in graduation from George Washington Carver High School, Class of 1955. She not only received an education, but she attended school with siblings, cousins, and community children, establishing many lifelong friendships. She began her career as a seamstress at the local Superior Laundry and Dry Cleaners. She soon gained employment at Central State Hospital (CSH) where in 1984 she entered retirement.

However, doing Alma's employment at CSH, she met Mr. Johnny Speights, Sr. who would become her husband. John, as he was affectionately called, and Alma were married for thirty-four years at his death. Naturally, Alma was lonely, and she would say that many times, period. They share a lovely marriage built on love, respect, and the fact that they were so much alike than they were different. Both true to their character, quiet, respectful, private, calm and above everything they loved God and put him first in their marriage. John became a Deacon at his family church soon after they were married. Now the two have joined together for eternity, John and Alma.

Our beloved Alma Evans Speights transitioned just as she lived, quietly, on January 13, 2023. Besides her husband and parents, she was preceded in death by a brother, Hershel Evans and two sisters, Ruth Evans (Floyd, SR) Griffin and Margaret Evans Pinkston (Julian) Ford.

To send flowers to the family or plant a tree in memory of Alma Speights, please visit our floral store. 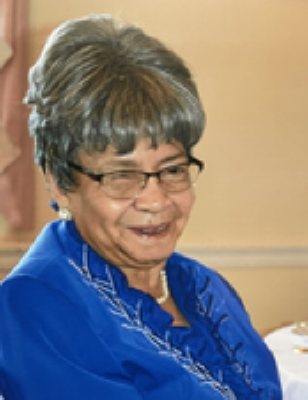