Slater's Funeral Home was founded in 1911 by one of Milledgeville, Georgia's own sons, Mr. Alonzo Slater. He was a contractor, builder, and once served as a page in the Georgia State Legislative Assembly. Upon Mr. Slater's death in 1955, his widow Mrs. Essie Slater along with their son Richard, JR continued to operate the family's business - Slater's Funeral Home. 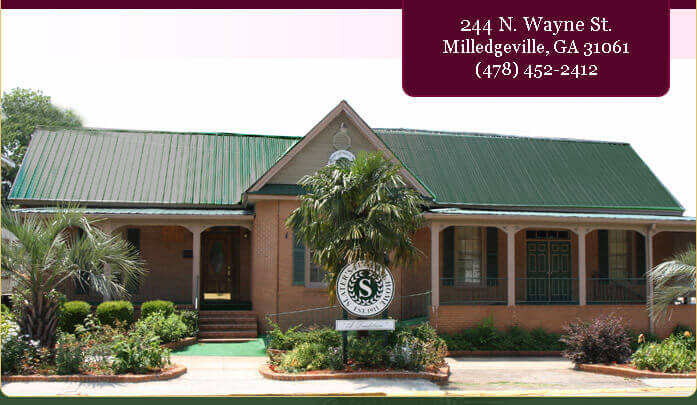 The new owners worked tirelessly to expand and launch their business in the traditions of the funeral service industry. Also, their goal was to continue to provide compassionate and dignified funeral services to the all of their clients.

The Griffin's demise left a legacy that underlined their willingness to provide the highest quality of funeral service to persons in every walk of life. Their legacy upheld the traditions of the funeral industry bonded with the illustrious past of Slater's Funeral Home. The Griffin's legacy highlighted their resolve to seek up-to-date and improved techniques and practices in the funeral industry, while meeting the demands of an ever changing world.

The torch was passed to the Griffin children. The Honorable Floyd L. Griffin, Jr. served as President, Funeral Director, and Embalmer and Mrs. Delbra Griffin-Waller served as Vice-President, Secretary, Treasurer, and Funeral Director of Slater's Funeral Home, Incorporation until 2017.

Slater Funeral Home, Inc. celebrated 100 years (1911-2011) as a recognized landmark for funeral service in the Milledgeville community. For years, members of the community inherently knew that the best of care and attention to details for their loved ones' final arrangements were within the opened doors of Slater's Funeral Home, Inc.

The Honorable Floyd L. Griffin, Jr. and Mrs. Delbra Griffin-Waller will continued to uphold the torch passed them never forgetting every morsel of sacrifice of their parents and the founders, honoring traditions, and engaging in the resource of the funeral industry to let the community know how much Slater's Funeral Home, Inc cares for each families.

If you need our services immediately, please call us.
We will begin the process of bringing your loved one into our care right away.

Pre-Planning
Pre-Arrangements Form
The Talk of a Lifetime

A year of daily grief support

Our support in your time of need does not end after the funeral services.  Enter your email below to receive a grief support message from us each day for a year.  You can unsubscribe at any time.